Software Engineering Maxims which May or May Not Be True

This is a series of Software Engineering Maxims Which May or May Not Be True, developed over the last few years of working at Google. Your mileage may vary. Use only as directed. Past performance is not a predictor of future results. Etc.

In my mind, the ideal size for a software team is seven engineers. It does not have to be exactly seven: six is fine, eight is fine, but the further the team gets from the ideal the harder it is to get things done. Three people isn’t enough and limits impact, fourteen is too many to effectively coordinate and communicate amongst.

Organizing larger projects becomes an exercise in modularizing the system to allow teams of about seven people to own the delivery of a well-defined piece of the overall product. The largest parts of the system will end up with clusters of teams working on different aspects of the system.

By far the best way to improve engineering productivity is to have people working on something which they are genuinely enthused about. It is beneficial in many ways:

There are usually way more tasks on the project wish list than can realistically be delivered. Some of those tasks will be more important than others, but it is rarely the case that there is a strict priority order in the task list. More often we have broad buckets of tasks:

The crucial tasks have to be done, even the ones which no-one particularly wants to do.

In my mind, when selecting from the (lengthy) list of nice-to-have tasks, the enthusiasm of the engineering team should be a factor in the choices. The team will deliver more if they can work on things they are genuinely interested in doing.

Maxim #3: Project plans should have top-down and bottom-up elements

It is possible for a team to work entirely from a task list, where Product Management and the Leadership add stuff and the team marks things off as they are completed. This is not a great way to work, but it is possible.

It is better if the team spend some fraction of their time on tasks which germinated from within the team - not merely 20% time, a portion of regular work should be on tasks which the team itself came up with.

Maxim #4: Bricking the fleet is bad for business

Calls to add this risk will not be phrased as "be cavalier about something which can ruin us." It will be phrased as increasing velocity, or lowering cost, or not being stuck in doing things the old way - all of which might be true, it just needs more care and attention in changing it.

Maxim #5: There is an ideal rate of breakage: no more, no less

Breaking things too often is a sign of trying to do too much too quickly, and either excessively dividing attention or not allowing time for proper care to be taken.

Not breaking things often enough is a sign of the opposite problem: not pushing hard enough.

I’m sure it is theoretically possible for a team to move at an absolutely optimal speed such that they maximize their results without ever breaking anything, but I’ve no idea how to achieve it. The next best thing is to strive for just the right amount of breakage: not too much, not too little.

"Launch and iterate" is a catchy phrase, but often turns into excuses to launch something sub-par and then never getting around to improving it.

Yet there is a real advantage to being in a market for the long term, launching a product and improving it. Customer happiness is earned over time, not all at once with a big launch.

Maxim #7: The service is the product

The product is the Service. The Product which customers care about is that they can get on the Internet and do what they need to do, that they can turn on the TV and have it work, that they can make phone calls, whatever it is they set out to do.

Maxim #8: Money is not the only motivator 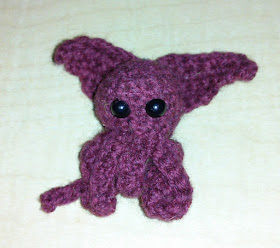 A monetary bonus is one tool available for managers to reward good work. It is not the only tool, and is not necessarily the best tool for all situations.

For example, to encourage SWEs to write automated system tests we created the Yakthulhu of Testing. It is a tiny Cthulhu made from the hair of shaved yaks (*). A Yakthulhu can be obtained by checking in one’s first automated test to run against the product.

(*) It really is made from yak hair. Yak hair yarn is a thing which one can buy. Disappointingly though, they do not shave the yaks. They comb the yaks.


Maxim #9: Evolve systems as a series of incremental changes

There is substantial value in code which has seen action in the field. It contains a series of small and large decisions, fixes, and responses which made the system better over time. Generally these decisions are not recorded as a list of lessons learned to be applied to a rewrite or to the next system.

Whenever possible, systems should evolve as a series of incremental changes to take it from where it is to where we want it to be. Doing this incrementally has several advantages:

There is a school of thought that when there are multiple large projects going on, and there is some relation between them, that they should be tied together and made dependent upon each other. The arguments for doing so are often:

The trouble with this is that it glosses over the fundamental decision being made: nothing can ship until all of it ships. Combining risks makes a single, bigger risk out of the multiple smaller risks.

The peculiarity becomes damaging if the result is to have all of the bugs filed against the components with good monitoring. It makes it look like those modules are full of bugs, when the reality is likely the opposite.

Maxim #12: No postmortem prior to mortem

There are going to be emergencies. It happens, despite our best efforts to anticipate risks. When it happens, we go into damage control mode to resolve it.

People not involved in handling the emergency will begin to ask about a postmortem almost immediately, even before the problem is resolved. It is important to not begin writing the postmortem until the problem has been mitigated. Doing so turns a unified crisis response into a hotbed of fingerpointing and intrigue. Even in a culture of blameless postmortems, it is difficult to avoid the harmful effects of the hints of blame while writing that blameless postmortem.

It is fine, even crucial, to save information for later drafting of the postmortem. IRC logs, lists of bugs/CLs/etc, will all be needed eventually. Just don’t start a draft of a postmortem while still antemortem.

We tend to focus a lot on mechanisms in software engineering as a way to increase velocity or productivity. We reduce the friction of releasing software, or we automate something, and we expect that this will result in more of the activity which we want to optimize.

Inertia is a powerful thing. A product at rest will tend to stay at rest, a product in motion will tend to stay in motion. The best way to release a bunch of software is to release a bunch of software, by setting a cadence and sticking to it. People get used to a cadence and it becomes self-reinforcing. Making something easier may or may not result in better velocity, making it more regular almost always does.

When plans change too often, or when a crucial plan is suddenly cancelled and destaffed, we burn more than just the time which was spent on the old plan. We burn confidence in the next plan. People don’t commit as readily and don’t put their best effort into it until they’re pretty sure the new plan will stick.

In the worst case, this becomes self-reinforcing. New plans fail because of the lack of effort engendered by the failure of previous plans.

Maxim #15: Sometimes the hard way is the right way

For any given task, there is often some person somewhere who has done it before and knows exactly what to do and how to do it. For things which are likely to be done once in a project and never repeated, relying on that person (either to do it or to provide exactly what to do step by step) can significantly speed things up.

For things which are likely to be repeated, or refined, or iterated upon, it can be better to not rely on that one expert. Learning by doing results in a much deeper understanding than just following directions. For an area which is core to the product or will be extended upon repeatedly, the deeper understanding is valuable, and is worth acquiring even if it takes longer.

Pigeonholing is rampant in software engineering, engineers who have become experts in a particular area and always end up being assigned tasks in that area.

There are occasions where that is optimal, where becoming a subject matter expert takes substantial time and effort, but these situations are rare. In most cases it is not the expense of becoming an expert that keeps an engineer doing similar work over and over, it is just complacency.

Areas of the product where the team needs to continue to expend effort over a long time period should move around to different members of the team. Multiple people familiar with an area will reinforce each other. Additionally, teaching the next person is a very effective way to get a better understanding for oneself.

There are definitely incentives to focus entirely on management: one can have a much bigger impact via effective use of a team than by one’s own effort alone. When a new manager makes that choice, they get a couple of really good years. They have more time to plan, more time to strategize, and the team carries it all out.

The danger in this path comes later: one forgets how hard things really are. One forgets how long things take. The plans and strategies become less effective because they no longer reflect reality.

Software managers need to continue do engineering work, at least a little, to stay grounded in reality.

Maxim #18: Manage without a net

Managers and Tech Leads cannot depend on escalation. We sometimes believe that the layers of management above us exist in order to handle things which the lower layers are having trouble with. In reality, those upper layers have their own goals and priorities, and they generally do not include handling things bubbling up from below.

Do not rely on Deus Ex Magisterio from above, organizations do not work that way.

Doing good work accumulates goodwill. It is helpful to have a pile of goodwill, it tends to make interactions smoother and generally makes things easier.

Nonetheless, it is possible to spend goodwill on something important: to redirect a path, to right a wrong, etc. Sometimes spending goodwill is the right thing to do. Don’t spend it frivolously.

Maxim #20: Everyone finds their own experience most compelling

"We should do A. I did that on my last project, and it was great."

"No, we should do B. I did that on my last project, and it was great."

In most cases, simply being aware of this phenomena is sufficient to avoid damaging disagreements. The team needs to find other ways to pick their path forward, such as shared experiences or quantitative measurements, not just firmly held belief.